In 2017, Handley paid Sylvester Bracey and Arsenio Haynes to kidnap his estranged wife as they were going through a harsh divorce. 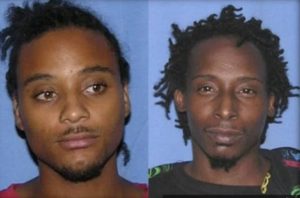 Handley was under the influence of methamphetamine and cocaine at the time.

The men kidnapped the woman at gunpoint, using the van and items that Handley had bought.

Then, they handcuffed the wife and put a bag over her head. On their way to connect with Handley, they stripped, tortured, and warned the woman that they would rape and kill her.

After making illegal traffic violations, the police started to chase the van. The men got out, ran, and leaped into into the Intercoastal Canal. Their bodies were found hours later after drowning.

Handley’s insanity defense was not acknowledged. The victim is satisfied with the plea deal that requires Handley to serve at least 15 years.