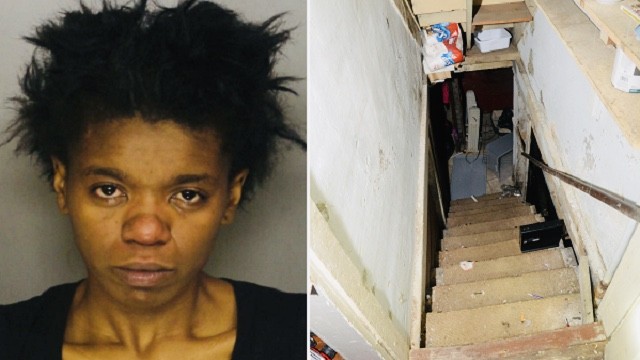 A mother in Parkesburg, Pa has been arrested and charged with third degree mother after she pushed her 5 year old daughter down a set of stairs.

Officers were called out to the 400 block of Walnut Street on October 31 hours after Ciara Robinson,25 realized her daughter Amatula “Amy” McLaughlin was unresponsive.
According to the reports Robinson had become upset with her daughter so she hit her before pushing her down a set of 8 or 9 steps in the home with a concrete bottom.

Medical examiners determined the cause of death was blunt force trauma to the head and that she had been severely beaten over a long period of time.
Officers found a 2 year old boy in the home as well that appeared to be unharmed and he has been taken by child protective services.