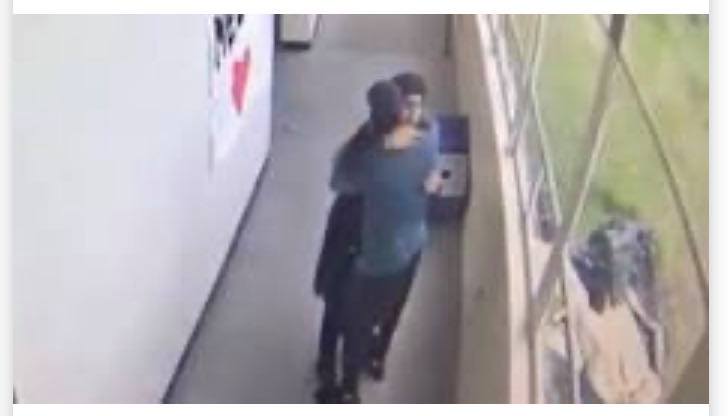 A Oregon Parkrose HS Coach was at the right place at the right time. The video shows coach Keanon Lowe first tossing out the gun’s clip before walking out of the classroom, and another teacher picking it up to keep it away. The coach, with the gun in his right hand and the student Angel Granados-Diaz in his left, slowly walks out of the classroom. Lowe then hands the gun off to another teacher and starts calming the Diaz down.

Lowe told reporters: “There was no time for fear or even to think…everything happened so fast, and it was the longest fraction of a second of my life,” The video was just released to the public, October 19th 2019, though the incident happened in May. Lowe said as soon as the student entered the classroom he was in arm’s length of the student, and was able to immediately grab the gun: “I saw the look in his face, look in his eyes, looked at the gun, realized it was a real gun and then my instincts just took over. I lunged for the gun, put two hands on the gun. He had his two hands on the gun and obviously the kids are running out of the classroom and screaming.”

Diaz’s attorney Adam Thayne said in court that he only had the intentions of killing only himself with the gun that day, and wasn’t intending to hurt anyone else.