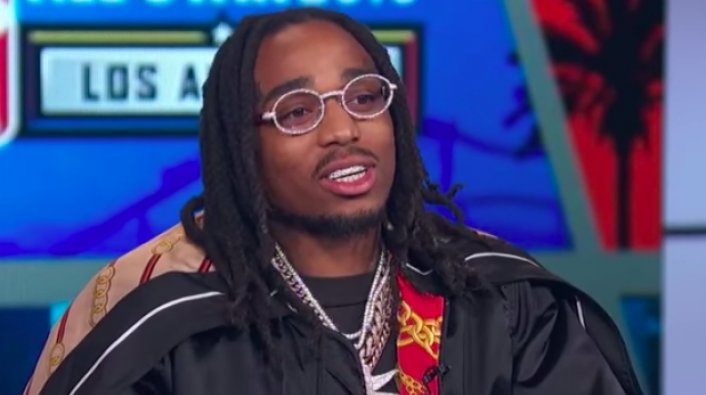 Quavo has been charged with battery after his alleged brawl with Vegas hotel valet Saturday night.
The Migos were in town performing at a club and when they arrived to the Encore Hotel and Casino after their show, apparently they parked their cars in the valet area and when valet asked them to move because an ambulance was on the way the group member Quavo got upset and got into a physical altercation with the guy. According to reports three other guys also joined in the altercation and when hotel security finally showed up they detained all parties until police arrived. Police did not arrest anyone but Quavo was charged with battery for his role in the altercation.
The other group members including Cardi B were present but not involved.