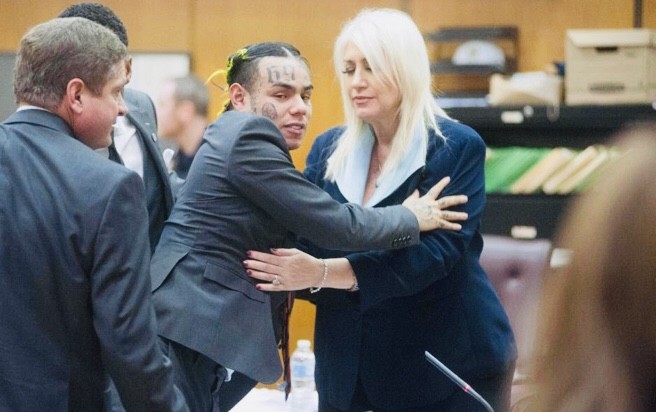 Daniel Hernandez,22 aka Tekashi 6ix9ine was ordered by a judge to serve 4 years probation and perform 1000 community service hours for violating his terms from his 2015 child sex case.
Hernandez plead guilty after a video of him then 18, another man and a 13 year old girl engaging in sexual acts emerged on the internet back in October 2015.

The judge did not require him to register as a sex offender but he was given some strict rules and guidelines to follow that include him refraining from any gang affiliation and disrespect online towards women or children. Also can’t have any additional arrests.