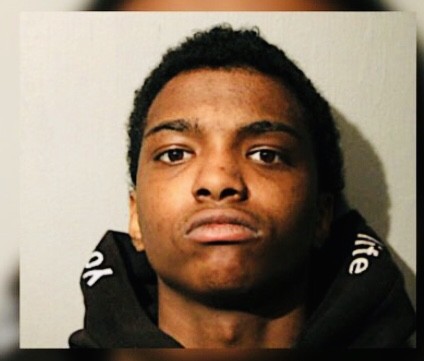 A Chicago man was arrested after he allegedly robbed a 16 year old at gunpoint and then used the stolen phone to order UberEats.

According to records Anthony Sorrells,18 robbed a 16 year old from behind Saturday afternoon by placing a pistol in the back of his neck and demanding all of his belongings.
The suspect got away with the victims phone and belt. Authorities found Sorrells a couple hours later at his grandmothers house.

Police were able to track him down using the location and personal information he inputed to order his food.
When authorities arrived the victim was able to identify the suspect and police found the victims phone and belt in Sorrell’s possession. He was taken into custody.
Prosecutors said, Sorrell was already out on previous burglary charges along with several other juvenile offenses.

He is scheduled back in court November 16.