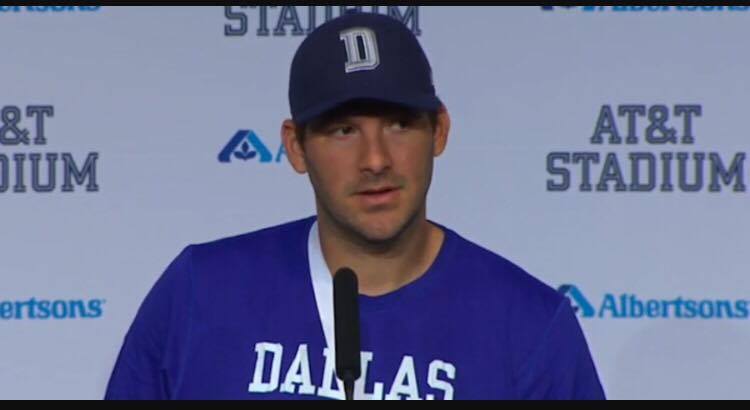 Tony Romo gave a heart touching speech today during a brief press conference. It was a difficult thing but I believe he did what was best for the team.
While everyone knows Romo has been a great quarterback for Dallas, the 36 year old let it be known that he knows his time is up and that rookie Prescott, who has led cowboys to an 8-1 record is the teams future.
During the conference Romo also went on to say that “Prescott has earned his right to be quarterback and “as hard as that is for me to say he’s definitely earned that right.”
Although Romo isn’t happy about being on the side he has made it very clear that he wants what is best for the team and that he has Dak’s back just like Dak has had his.