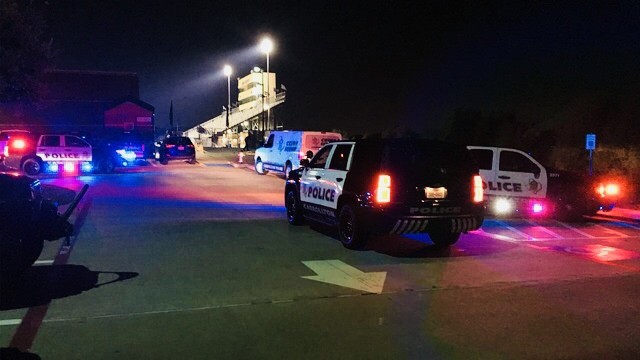 A fight involving two adult males broke out at a JV football game Thursday night at Hebron High School that ended in a shooting.
According to reports Hebron High was playing Irving Nimitz High when two older men got into an altercation in the stands during third quarter. The men took the argument outside of the stands when one of the men pulled out a gun and shot the victim.
Police were called out and arrested a 47 year old man who’s name has not yet been released into custody. The victim was taken to a nearby hospital where he was listed in critical condition. No children were injured during the shooting.