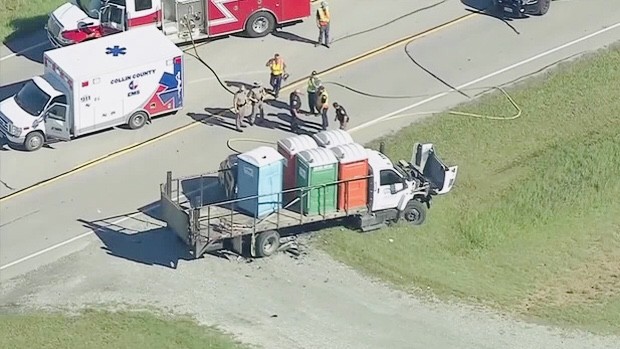 A 15 year old was killed in a car crash Wednesday afternoon after he allegedly beat his mom with a baseball bat and fled the scene.

According to reports a woman said she heard her next door neighbor yelling for help so she called police. When police arrived they found a woman bleeding from the head with severe injuries. The woman’s name has not been released by police but she was transferred to a nearby hospital where she remains in ICU.

Austin Schell,15 was a student at Achieve Academy High School in Wylie, Tx. Witnesses say he fled the scene in his moms suv and led police on a car chase that ended in Farmersville on highway 78.

Authorities say they put spike strips in the road to stop Schell and he drove for about 2 more miles before crashing head on into a truck carrying porta potties.
Schell died on the scene and no one else was injured.