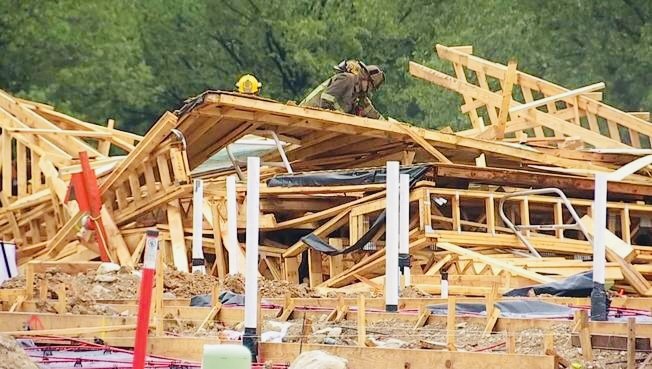 A construction worker was killed Monday afternoon while working on a townhome that collapsed in West Dallas.

Amongst the workers that were out working on the three story townhome six of them became trapped in the lumber and rubble when the home collapsed.
One of the workers Raul Ortega Cabrera,35 a resident out of Arlington and a father to two young children with one on the way, died at the scene. The other five victims were transported to a nearby hospital with non life threatening injuries.

Investigators are still trying to find out why or what made caused the building to collapse and says that the construction company will be held responsible.

The company name has not yet been released.