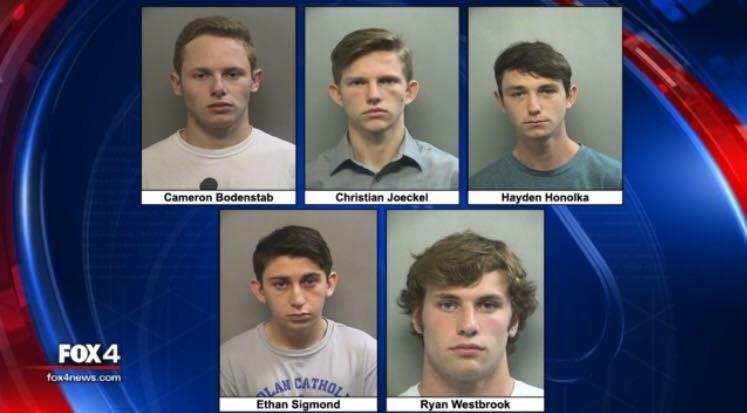 Police have arrested five teenagers in connect with the James Martin High School vandalism. The graffiti was supposedly part of a “senior prank”.

The teens were identified as Christian Joeckel, Ryan Westbrook, Hayden Honolka, Cameron Bodenstab and Ethan Sigmond. The boys were arrested after Bodenstab 18, confessed to police his part in the crime.

According to the police affidavits, the graffiti included racial, vulgar and anti transgender comments and images that were very derogatory and graphic. Some of the comments written were “whites only” by the water fountains and “trans only” on bathroom doors.

The boys attended Arlington High School which is a rival of James Martin. They said they didn’t mean any harm just an end of the year high school prank.

The teens are being charged with state felonies for causing an estimated $20,000 in school property damages. They may also be charged later with hate crime charges and possibly get jail time if convicted on any of these charges.