Charvas Thompson, the new boyfriend of an elementary school teacher who was fatally shot in her backyard last weekend, has been arrested for murder. He was captured in Shreveport, Louisiana, on Wednesday.

Thompson was arrested for the shooting and killing of Wendy Duan, 28. She was a language arts  and reading teacher in the Alief Independent School District in Texas. 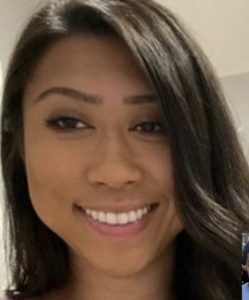 Duan was found dead from several gunshots injuries at her residence in the 1100 block of Oxford Mills Lane, last Saturday night. This is located in Sugar Land, a suburb of Houston.

Authorities said that Duan began dating Thompson just a week before she was killed, and a disagreement had taken place between the two. The victim’s mother reported that her daughter had met Thompson on the dating app, “Meet Me.”

After speaking with witnesses, reviewing camera footage, and validating his vehicle from license plate readers, Thompson was named as the suspect.

Last Sunday, an arrest warrant was issued, Thompson was charged with murder, and his bond was set at $500,000.

Since 2017, Duan was said to have worked for Alief ISD as a third grade teacher at Boone Elementary School.

In December 2021, she was named as the English as a Second Language (ESL) Teacher of The Year.