Pro golf legend Tiger Woods,41, was arrested early Monday morning around 3am for suspicion of driving under the influence.

Allegedly Woods was pulled over in Jupiter, Florida when he was taken into custody where he was later released on his own recognizance around 10:50 am. The case is still evolving so we will keep you updated. 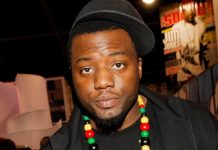