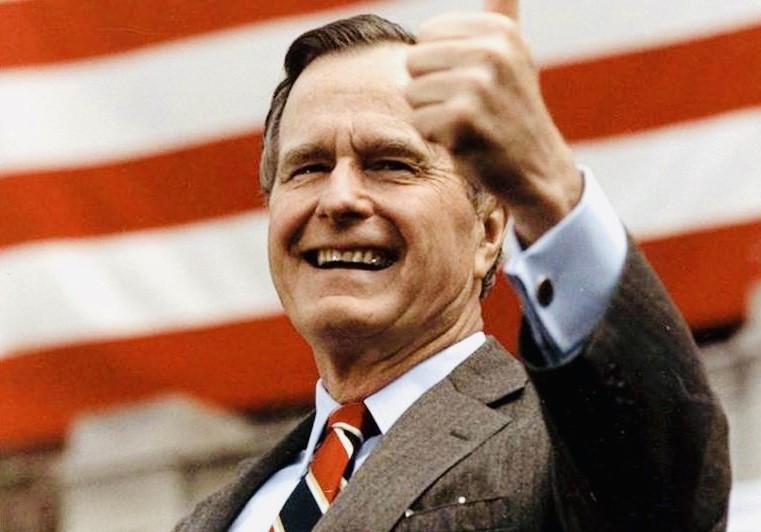 President Trump spoke with former President George W. Bush Saturday to offer his condolences to the family on behalf of his wife First Lady Melania Trump and the nation.
White House press secretary Sarah Sanders said “A state funeral is being arranged with all of the accompanying support and honors”. She also announced that Trump has set the date of mourning for this Wednesday in Bush’s honor.

Although Trump did not attend First Lady Barbara Bush funeral he did announce that he and the First Lady will be in attendance at the Washington National Cathedral.