Two men have been arrested and a third is still at large after attacking a manager and customer at a Plano restaurant earlier this month.

The incident happened on October 6 at a Plano Hooters located at 720 Central Expressway.

According to reports four juveniles walked into the Hooters attempting to sell chocolate bars when they were asked to leave.

It was said that the teens had been in the restaurant before but this time they became very upset and caused a disturbance.

As management and customers attempted to escort the juveniles out they began to yell and beat on the windows. Not long after the teens were outside three adult males entered the restaurant and began attacking the manager and a customer.

Several videos of the attack were caught and shared to social media. One of the videos showed the men repeatedly punching and kicking a manager and customer. One was even caught picking up a cigarette bin and smashing it into the window.

The suspects then fled the scene before officers could arrive.

After several tips from the community, officers were able to identify three male suspects as Jeremiah and Jay Powell, 19, and Tony Marshall, 20. All three suspects are from Fort Worth.

Jeremiah was arrested and charged with assault bodily injury and riot participation. His bond is $60,000.

Marshall was arrested and charged with assault, two counts of aggravated assault with a deadly weapon and robbery. His bond is set at $160,000.

Authorities are still searching for Jay Powell who has a warrant out for aggravated assault. 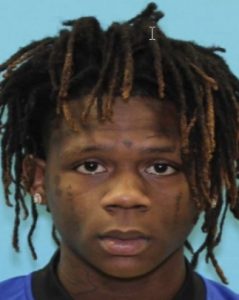 Jeremiah and Marshall are currently being held in the Collin County Detention Center.