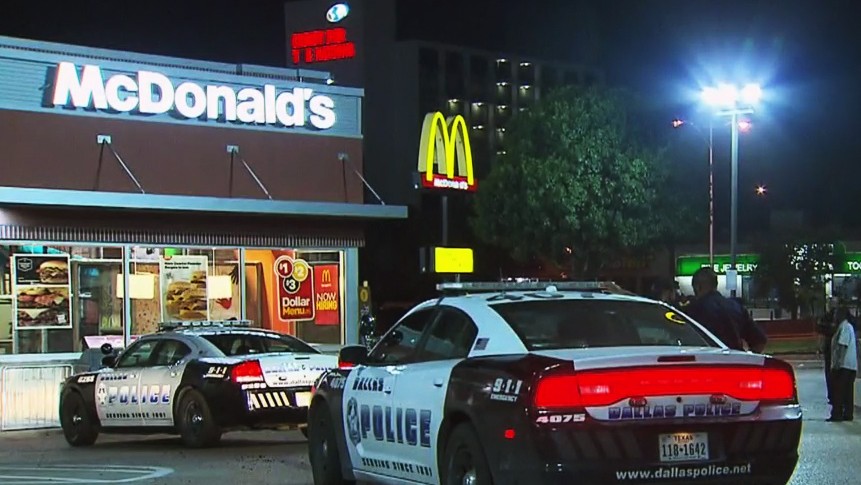 An argument broke out early Thursday morning at a 7 Eleven on Beckley and Illinois Ave between a group of people.
According to witnesses there was a group of people in a silver Honda that got into an altercation with a man in a Chrysler and when the Honda fled the scene the suspect began chasing them and opened fire.
The suspect shot through the back windows and shot a 25 year old woman in the back and a 41 year old woman in the head. The driver of the Honda then pulled into McDonald’s on Kiest Blvd and pulled the two female victims out of the car and sped off. Both victims were rushed to a nearby hospital with their condition unknown.