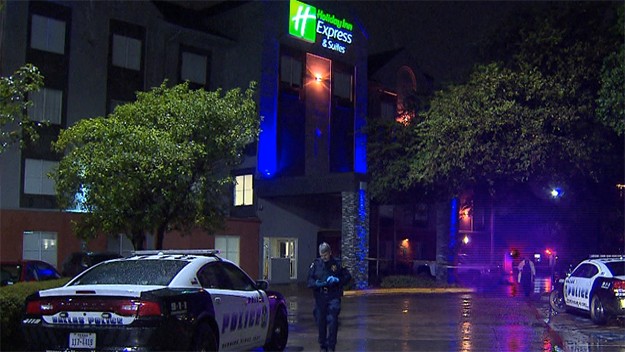 A 72 year old security guard was shot and killed outside a North Dallas hotel early Wednesday morning.
The shooting took place at Holiday Inn Express around 1am near 635 and Greenville Ave. Reports indicate that the unarmed security guard may have asked the suspect to leave the property and when he left he returned with a gun and shot the guard several times.
Witnesses say the heard the guard pleading for his life before being shot. The suspect Randal Ramon Terrell waited on police to arrive and was arrested and taken into custody.

The identity of the victim has not yet been released.