At 1am on Wednesday, a disturbance at a Waffle House occurred in downtown Atlanta.

Candy Franklin told authorities that when he told the waitress there was an issue with his food, the worker got upset and took out a gun. Franklin stated that his brains were threatened to be blown out, as well. 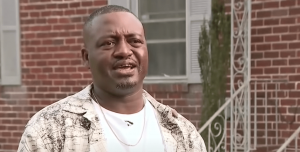 However, when police spoke with the waitress, it was said that Franklin was very angry about his eggs, and he had started the argument. The waitress said he berated her continously, as he kept modifying his order.

The employee said that Franklin even went outside as she went to take a smoke break, following her.

She said that Franklin exited the establishment after she went back in the restaurant and gave his food to him.

No mention of a gun was made by the employee.

No one was apprehended, but the worker faces aggravated assault charges.