A woman in Washington barely escaped a terrible ordeal, after her husband is said to have buried her alive. The 42-year-old woman said that her husband, Chae Kyong An, wrapped her up with duct tape, abducted her, and transported her into the woods.

Then, he stabbed her in the chest, prior to burying her body in a shallow grave, authorities say. 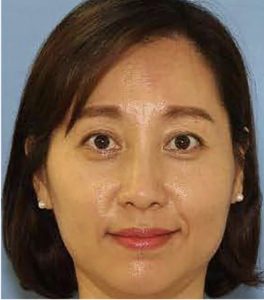 The wife told authorities that she had been speaking with her husband about their ongoing divorce and money until he snapped.

The woman believes that she was in the grave for hours and that she lived because she continuously moved her head to make air pockets. She waited until dark, then struggled to get out, and finally ran for close to 30 minutes until she located a house.

One person reported hearing the woman knocking on doors, screaming, “My husband is trying to kill me.”

“She had duct tape still wrapped around her neck, lower face, and ankles. There was extensive bruising to her legs, arms, and head, and her clothing and hair were covered in dirt,” court documents noted.

The woman disclosed to officers that her husband said that he would “rather kill her than give her his retirement money.”

The woman was transported to a medical facility with non-life threatening injuries.

The husband was eventually caught and apprehended after a witness recognized his car.

Chae Kyong An, 53, has been charged with assault/ domestic violence, kidnapping, and attempted murder.

He is being held in jail without bail.