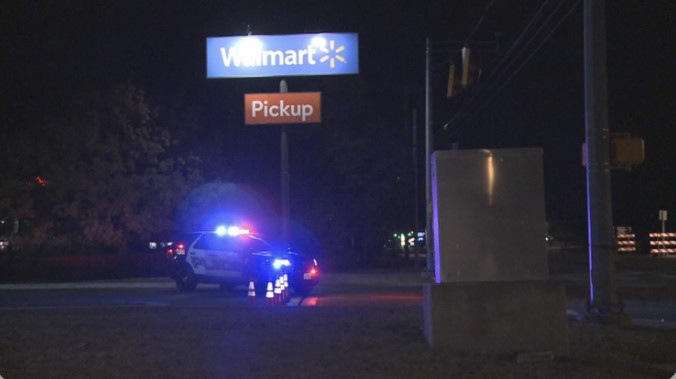 The man accused of killing a woman in a Kerrville Walmart parking lot and then shooting himself at a nearby theater is dead.
The shooting started at 1216 Junction Highway Monday night when Fernando Rolon,45 shot Melissa Villagrana,38 in the parking lot.
When officers and emergency crews arrived she was pronounced dead at the scene.
Rolon then fled the scene before officers arrived and barricaded himself inside a movie theater located at 1401 Bandera Highway.
After a 12 hour standoff Kerrville police entered the theater to see Rolon suffering from a self inflicted gunshot wound to the head.
He was transported to a nearby hospital where he was pronounced dead.