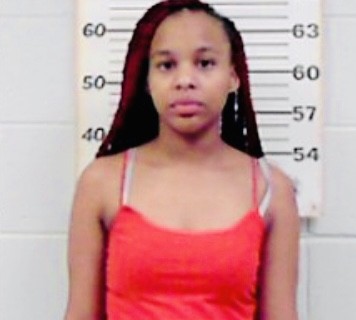 Mississippi teen was released on bond after her and her 12 year old sister stabbed and shot their mother to death back in January.

According to reports Amariyona Hall,14 was released Saturday after her father posted a $100,000 bond for her.
Hall and her 12 year old sister were arrested back in January for the stabbing and shooting death of their mother Erica Hall,32.

Amariyona will be charged as an adult and her sister still remains in juvenile custody.
The case has been turned over to a grand jury and no future court dates have been made at this time.