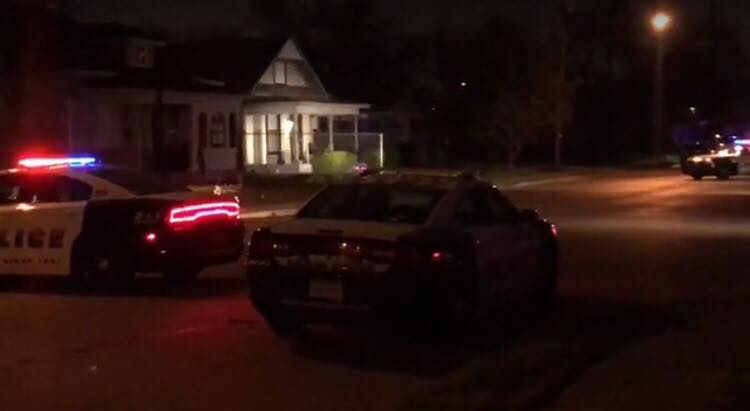 Dallas Officers responded to a shots fired call at S Jim Miler Rd at 8:30pm, during the ordeal the officers were shot at and nearly run over from suspects in a black Pontiac. A chase began through southeast Dallas and ended on MLK car wash near Malcolm X. 4 suspects but only 3 were caught, which lead to a foot chase with one of the suspects and police believe he entered a home at 2605 Pennsylvania. Police surrounded the house but wasn’t able to apprehend the suspect. One suspect still at large.

LIVE VIDEO OF THE STANDOFF BELOW