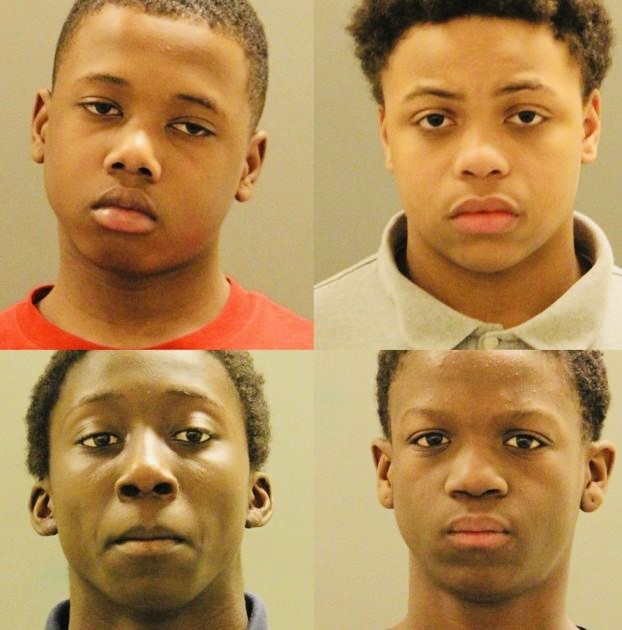 Four Delaware boys were arrested and charged Wednesday for allegedly raping and kidnapping a young girl back in December.

According to reports Kabarshenay Ellis Pinkney,14, Louis Miller,13, Joseph James Carter,13 and Ja’den Glover,12 lured the young victim off the school bus into a home garage by taking her cellphone.
Once inside all the boys allegedly took turns raping the young girl. When they finished two of the boys allegedly used a weapon to threaten the girl and let her know not to tell anyone what happened.

Authorities were notified and all the boys were arrested without incident and charged with felony rape, kidnapping, conspiracy and unlawful sexual contact.
Two of the boys had additional charges of aggravated menacing and endangering the welfare of a child because they were the ones that allegedly made the threat to the girl.