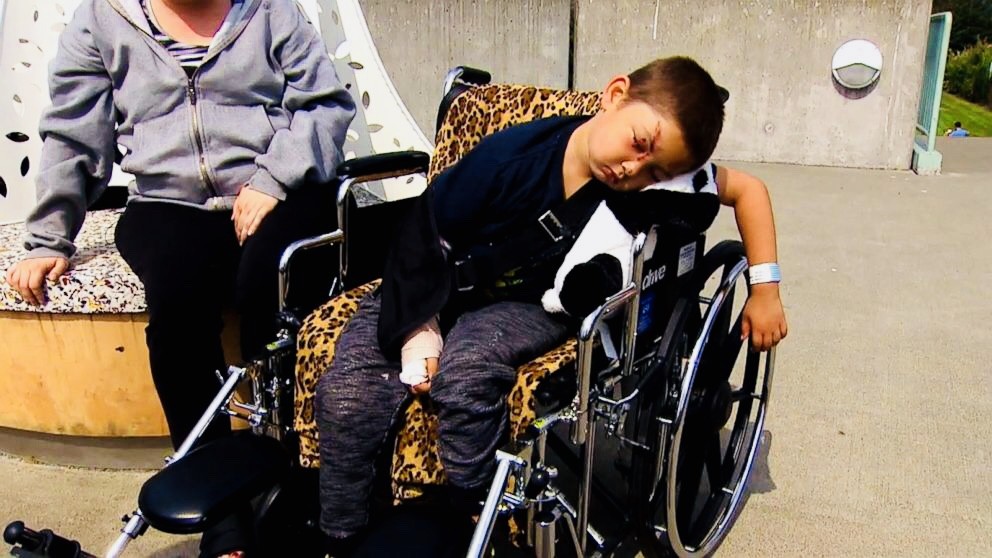 A 6 year old boy in Olympia, Washington was hospitalized after a group of bullies attacked him in his apartment complex Wednesday.
According to reports Carter English,6 was outside playing and a group of kids were bullying his friend and when he told them to stop they began beating and bullying him. He was beaten with sticks and rocks then they rubbed sawdust into his eyes.
English was taken to the hospital and suffered a broken arm, lacerated eye and cuts and bruises on his face. He underwent surgery on his eye and may have to have surgery on his arm.
Olympia police have identified the 5 year old boy that they think initiated the whole incident. They also said they plan on getting social services involved. No criminal charges filed due to the age of everyone involved.