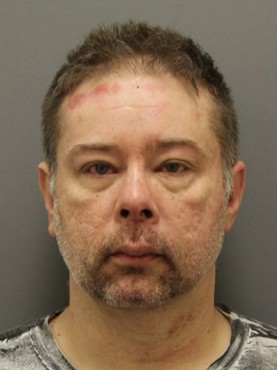 A Denton man is facing several charges after he bit off part of a police sergeants ear Friday night.

According to reports the incident happened on the 1500 block of I-35E when officers pulled Christoper Rogers,45 over for dwi and he refused to step out of the vehicle.
Rogers then became feisty and punched an officer in the face and bit part of the police sergeants ear off.

After finally being restrained he was taken into custody and charged with dwi, resisting arrest, assaulting a police officer and aggravated assault.
The officer was taken to a nearby hospital in stable condition.