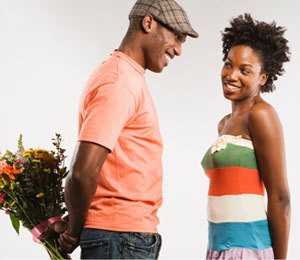 Have we turned into a society where our men won’t help a woman in need unless he knows there is something in it for him? What has happened to chivalry? I will tell you what has happened… its dead! I’m going to tell you guys a true story. This scenario happened to me yesterday but it bothered me and I wanted to blog about it. Ok, yesterday I ran out of gas…yes that was my fault. The kick my own ass part about it was that I was in the turning lane in front of the gas station. I jumped out of my car ran across the street to the gas station, as I am looking for an alternative to the ten dollar gas cans a guy around 37-40 years old is staring at me so I use this opportunity to ask him if he has a gas can… I said hello how are you …would you happen to have a gas can? He says no but why? I said my car broke down because I ran out of gas. He says did it break down or did you run out of gas? I said I broke down because I ran out of gas. He then asks me was I sure? (I need you guys to see my facial expression) I responded saying I am positive. Then he asks…are you from around here? Yes sir I am. (Actually I’m not but WHY 50 questions?) He says you know they have this new thing where if your car breaks down they will tow it!? Now, maybe I’m slow but don’t they always do that? None the less I said let me hurry maybe they do it faster in this suburb. As I am in line I hear a guy say hi how are you? It’s a guy I use to work in the same building with.

I say I am good could be better I’ve run out of gas… he says aww man. I’m like really? So I walk out he is behind me and he continues to talk. His car is next to the pump I am getting gas from. He is talking away meanwhile I am struggling with this gas pump. I then say I don’t mean to be rude but I really have to run and get my car. As I turn a police officer is behind my car…omg nooooo I’m coming. I apologized and he said its ok let’s get it running. He put the gas in and said he would stay behind me until I made it across the street…very nice guy.

Now I am back ready to fill up and I cannot find my debit card that I just used. Remember the guy who asked 50 questions? Well he is back and ready to talk. He asked is everything ok? I said yes as soon as I get gas. He then asks whether or not I had enough? I said as soon as I find my debit card. He says I hope you find it! So he goes on to talk about how it could be worse and everything happens for a reason…blah blah blah it’s the things you really don’t want to hear when your tank is on EMPTY and you’ve lost your money!

I start walking towards the store and he is walking with me …I see my debit card on the ground OMG YESSSS! I am so happy I jump up and down! He then says see how GOD is. Now you need to let me take you out to dinner! Really?! Why? So that I can pick you up? I guess I would be the one opening the doors for you? Would you like me to pull out your seat so that I can be the one to pay for the dinner we have? No thanks!

Now these men didn’t owe me a thing but I am speaking about chivalry. A middle aged woman stopped in the street and asked me if I needed her help. I told her no and thanks so much for asking. Yet there were two men both interested in scoring a date who wouldn’t offer to even hold the gas can for me and seemed to really think this was an ok approach! I care for people in general and I also try to help people when I see them in need. So, I guess the question to ask is who murdered chivalry?