The confession of the FedEx driver who killed 7-year-old Athena Strand, who went missing from her Wise County home last week, has now surfaced for the public to see.

31-year-old Tanner Horner, a contracted FedEx driver, was delivering a package to Athena’s home when the incident occurred on the evening of November 30.

The package being delivered has been identified by the family as a present for the little girl’s Christmas. 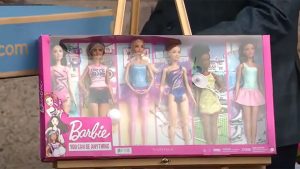 According to Horner, he was backing out of the drive way of the residence when he struck Athena with his delivery truck. Athena, still alive and conscious, was able to speak to Horner and even provide him with her name.

Horner says he then panicked and put her inside the back of the truck and attempted break the 7-year-old’s neck. Not being successful, he then strangled her to death.

After killing her, he dumped her body off Country Road 4668 in Boyd.

Athena was reported missing to authorities and an Amber Alert was issued for her disappearance. It wasn’t until December 2nd when officials cancelled it and informed the public that Athena’s body had been located.

Horner was arrested for capital murder of a person under 10 years old and aggravated kidnapping. His bond was set at $1.5 million.

Following the news of her daughter’s loss, Maityln Gandy announced she is filing a lawsuit against FedEx for poor screening and hiring policies.