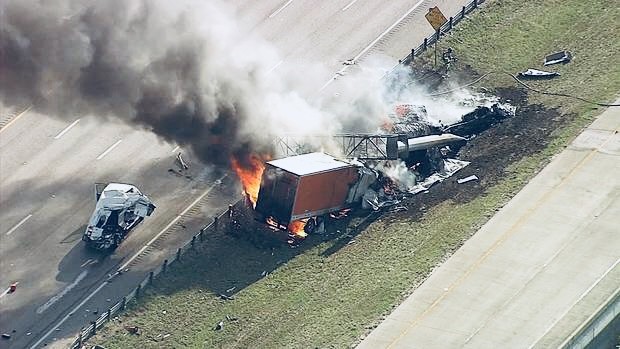 A major crash involving an 18 wheeler on Interstate 20 eastbound near Bonnieview ended in flames.
According to reports the wreck happened around 8am Wednesday morning when the 18 wheeler crashed into a sign causing several other cars to wreck.
The 18 wheeler was carrying cardboard that caught fire during the wreck and an suv had rolled over into a ditch trapping the driver in the vehicle.
Emergency crews transported the victims to nearby hospitals and their condition is unknown at this time.