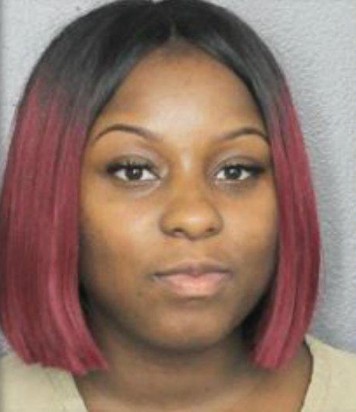 A Florida woman was arrested Sunday after driving high speeds down the interstate with her ex on the hood of the car.
Patresha Isidore,24 and her child father Junior Francis,22 got into an argument Sunday afternoon at their Brownward County home they share together because they both needed to use the car.

According to reports Isidore needed to go pick up their child and Francis needed to do something as well and she made it to the car first so he threw himself onto the hood of the vehicle in order to stop her. She continued to drive and jumped on interstate 95 where she reached speeds of 70 mph.

Isidore was eventually stopped and arrested by police. Francis told police he did not want to press charges but she was still taken into custody and charged with a misdemeanor.