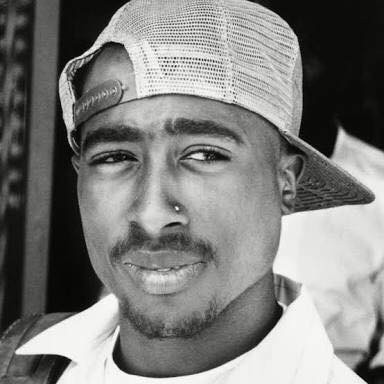 Tupac Would Have Been 43 Years Old Today!

• Tupac’s mom Afeni Shakur was an active member of the Black Panther party. Tupac Shakur was born one month and three days after Afeni had been acquitted of charges of “Conspiracy against the United States government and New York landmarks.”

• The name Tupac descends from the Incas of Peru and the Arabic language. Túpac Amaru was the last leader of Peru’s Incan Empire and the name translates to “shining serpent.” “Shakur” comes from Arabic origins and means “thankful” or “appreciative.”
• When he was 13, he played Travis Younger in A Raisin in the Sun, which was performed at the Apollo Theater in Harlem to raise funds for Jessie Jackson’s presidential campaign.
• Tupac and Jada Pinkett Smith had a very close platonic relationship.
• In 1990, Shakur started his entertainment career as a backup dancer for The Digital Underground.
• Tupac was supposed to play a lead role in Menace II Society, but he had an altercation with co-director Allen Hughes they replaced with him Larenz Tate.
• . Prior to that whole East Coast… West Coast beef, Tupac and Notorious B.I.G. were actually friends.
• Shakur shot two off-duty police officers. However the charges were dropped when it was revealed that the officers were drunk, in possession of stolen weapons, and had lied to police officers.
• At the At the time of his death Tupac was engaged to Quincy Jones’ daughter Kidada Jones.
• Shakur’s last words were F*ck YOU!. The officer says, “He looked at me and he took a breath to get the words out, and he opened his mouth, and I thought I was actually going to get some cooperation. And then the words came out: ‘F**k you.’ After that, he started gurgling and slipping out of consciousness.” Shakur never regained consciousness and he died six days later at the age of 25.
• . After Tupac was cremated members of theOutlawz mixed some of his ashes with marijuana and smoked it!