Irene Gakwa, from Kenya, is said to be missing in the U.S. after meeting a man that she met on Craigslist.

Reports indicate that Gakwa was last heard from by her relatives on February 24, 2022. Then, she had talked to her parents, who reside in Nairobi, through the WhatsApp video call.

In that conversation, Gakwa’s dad had told her that she looked hungry and exhausted. He told his daughter to drink hot milk and to take it easy. That was their last conversation.

24-year-old Gakwa had been in the U.S. for less than 3 years when she went missing. She had been residing with the man, her boyfriend Nathan Hightman, in Wyoming, and her parents weren’t aware. 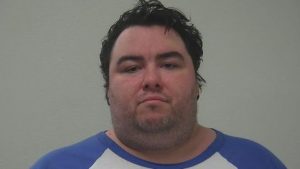 When authorities spoke with him, he told them that she had taken all of her belongings and had left in a dark-colored vehicle.

On March 20, Gakwa’s family reported her missing. This came after numerous video calls and texts were unanswered.

Hightman has been thought to be a person of interest in her disappearance.

He was apprehended in May after he used Gakwa’s credit card, modified her banking password, and got rid of her email after she disappeared.