The murder of an elderly Asian woman who was gunned down on her way to the massage parlor in “Little Saigon”, California turned out to be a murder-for-hire scheme plotted by her long-term boyfriend.

On August 21 of this year, 60-year-old Lili Xu was shot and killed as she exited her Lexus sedan that her boyfriend of over 10 years, Nelson Chia, was driving. The man who shot her then fled and Chia was unharmed during the incident.

Chia immediately claimed his girlfriend’s murder to be racially motivated and an anti-Asian hate crime. Community members supported the accusation and gathered around city hall, demanding an increase in security in the Little Saigon neighborhood. However, authorities have concluded the death was a murder-for-hire scheme and on October 28, 73-year-old Chia was arrested.

The alleged shooter, 35-year-old Hasheem Bason, was also arrested and charged with the murder of Xu, who was a very well-off dentist. 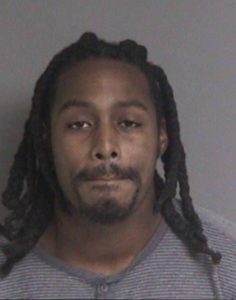 Prosecutors say Chia was a trustee in Xu’s life insurance policy and was set to receive $1 million after her death. While working with detectives to “help find” Xu’s murderer, Chia told investigators that Xu had close to $14 million in property and assets from life insurance policies and trusts.

It’s unclear how Chia met the gunman, Bason, and how much money was offered, however, phone records show the two communicating since early July.

Shortly after being taken into custody at the Santa Rita Jail, Chia committed suicide.