David Swift, 54, of Alabama, has been indicted and arrested for the murder of his 44-year-old wife Karen Swift. She died more than 10 years ago in Tennessee. 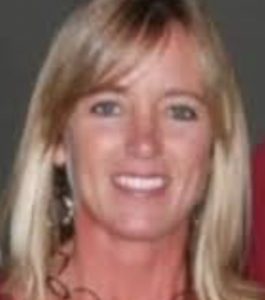 He was accused of pre-meditated murder in the first degree for the disappearance of Karen in October 2011.

Swift had remarried and moved out of the state. He told investigators that he last saw his then-wife after she came home early from a Halloween party. She then picked up their daughter and went to sleep.

“Since that time, he has never picked up the phone and called and asked about the investigation at all,” Carol Johnson, the mother of Karen, told reporters in 2014. “To me, if it was my wife that had been murdered, I’d be burning the phone up every day for answers.”

Karen’s body was found in a cemetery near their old home, by a group of hunters, under decaying kudzu vines. Her body was partially clothed and looked like she was beaten to death and suffered from multiple fractures. Autopsy determined her official cause of death was blunt force trauma to the head.

“Today is a good day for law enforcement, and I am very pleased the grand jury returned an indictment against David Swift,” Sheriff Jeff Box said in the press release.

“We have literally spent thousands of hours on this case and a lot of that was spent dispelling false information. Our investigators never gave up…and I want to sincerely thank them for their diligence in this case.”

If David Swift is convicted as charged, he faces life in prison without possibility of parole.