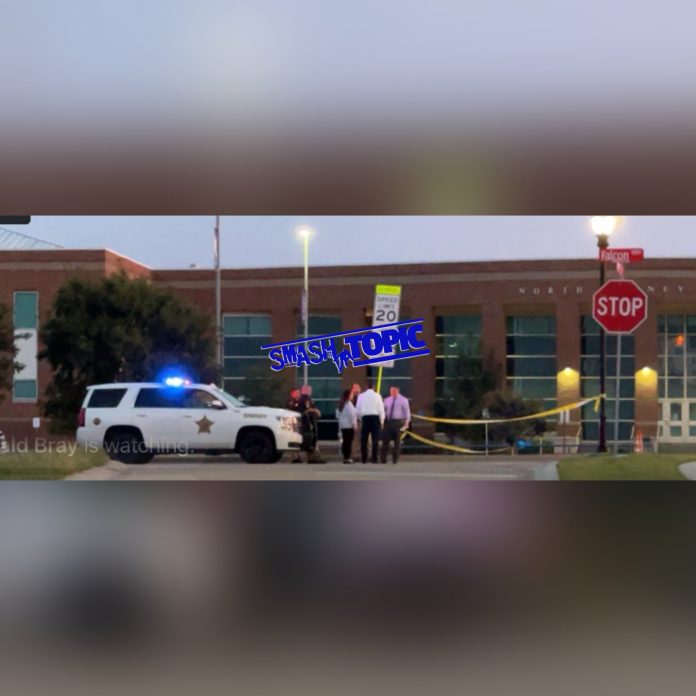 Forney police are investigating a shooting that left a man dead early Wednesday morning.
A passerby called 911 about a deceased person in the roadway near North Forney High School and Smith Intermediate.
Officers responded to a possible hit and run involving a pedestrian on Falcon Way around 3:15am.
Upon arrival officers found an unresponsive male lying on the ground with multiple gunshot wounds.
Emergency crews arrived and pronounced the victim dead at the scene.
The body has been transported to Dallas County Medical Examiner’s Office for an autopsy and identification.
The district has decided to close North Forney High School and Smith Intermediate for the day due to the crime scene and traffic concerns.
Forney ISD released a statement saying,
“ Dear North Forney and Smith Families,
All classes and morning activities for North Forney and Smith Intermediate have been cancelled today, Wednesday, Sept. 8.
Law enforcement agencies are currently working an incident off-campus that is blocking a large area of roadway around North Forney High and Smith Intermediate for an indefinite amount of time today. Access to the two campuses will be restricted due to the ongoing police investigation.
We appreciate your understanding.”
This investigation remains ongoing.