A man in Missouri killed his pregnant wife in 2019 with a mallet. He will now spend the rest of his life in prison.

Beau Rothwell was convicted by a jury, in April, of murder, tampering with evidence, and abandonment of a corpse. On Friday, he was sentenced to life without parole for the killing of his wife Jennifer Rothwell, who was six weeks pregnant.

Rothwell admitted that on the night Jennifer, 28, died, the two had a huge dispute. The argument was about an affair that Beau was having. 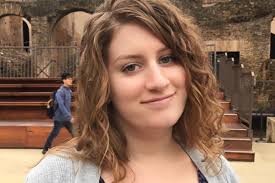 When he wouldn’t disclose who he was having an affair with, Rothwell testified that the disagreement turned violent. Jennifer told him to ‘Keep your mystery b—-‘ and that he wasn’t the father of the baby she was carrying. ( A paternity test later revealed he was the father.)

31-year-old Rothwell said that he went into a ‘red haze’ and struck Jennifer in the head with a mallet. He then hit her again and fractured her skull, leaving her unconscious and falling down a flight of stairs.

Rothwell said that he didn’t kill his wife on purpose, but he did place her naked body in a wooded location about an hour away from their residence. He then scrubbed his home with bleach and got rid of evidence in a dumpster near a highway.

Rothwell then reported Jennifer missing. He was apprehended after police found carpet stains containing blood and bleach in the home. Rothwell then told authorities where his wife’s body was located.

Court documents note that Jennifer had previously used her phone to look up, ‘What to do if your husband is upset you are pregnant?’

A few months before Jennifer was killed, Rothwell had made a list of pro’s and con’s of staying in the marriage. It was written in a notebook found by his boss at work. The list was used as evidence in the trial.

“To Jennifer’s family, words cannot describe how sorry I am. This should have never happened,” Rothwell said in court.