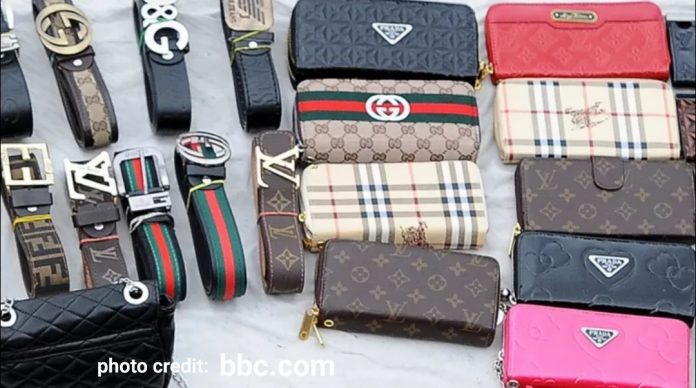 Monday’s crackdown on illegal street vendors in Lower Manhattan, resulted in a bust of more than $10 million worth of knock-offs police officials said.

According to police they filled three trucks with thousands of fake items, including but not limited to labels such as Burberry, Gucci, Balenciaga, Louis Vuitton, Prada, Dior, and  Rolex. The crack down led to 17 arrest. The fraudulent vendors are facing a felony trademark counterfeiting of property over $1000 charge.

“The area of enforcement we went to today resembled a local street market,” the chief said at a press conference a few hours after the bust.

“Sidewalks are blocked, there’s property everywhere, merchandise everywhere. This really impacts local businesses in a negative manner, as well as reduces the quality of life.

“We seized over three truckloads of merchandise.”

Maddrey said the department will start to step up its outreach throughout NYC to inform  individuals how to legally obtain vendor’s licenses as the holiday season approaches while  simultaneously reminding sellers: Peddling counterfeit trade merch is still illegal. “We recognize during the holidays, activities such as this will increase, and our efforts to deter this conduct, to investigate this conduct, will be ongoing,” Maddrey said.

The raid came as a result of complaints from small business owners and residents in the area. It is not a crime to buy the merchandise, the NYPD admitted, only to sell it.

All of the goods are being cataloged and then stored in warehouses.