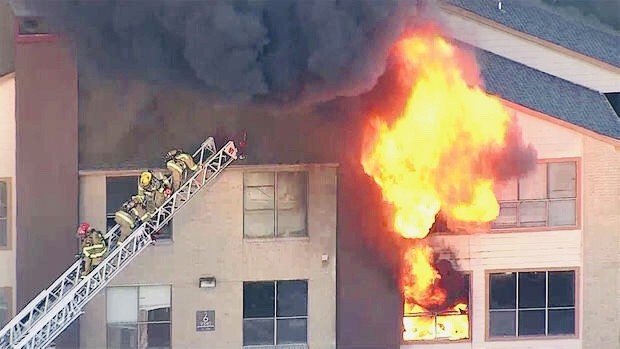 A fire in a Dallas apartment complex leaves several residents looking for a new place to live early Wednesday morning.

The fire took place on the 11000 block of Ferguson Rd at The Meadows in Dallas. Several residents had to evacuate and jump out of their apartment buildings on the third floor to safety.
When authorities arrived on the scene they said there were 6 residents including a baby that jumped from the third floor. The baby was dropped from the window and caught by another resident.

Two residents were transported to a hospital with non life threatening injuries and a firefighter suffered burns to his shoulder and arm and he was also taken to a nearby hospital.
Investigators are still unsure of the cause of the fire and Dallas Fire Rescue says the building is expected to be a total loss.