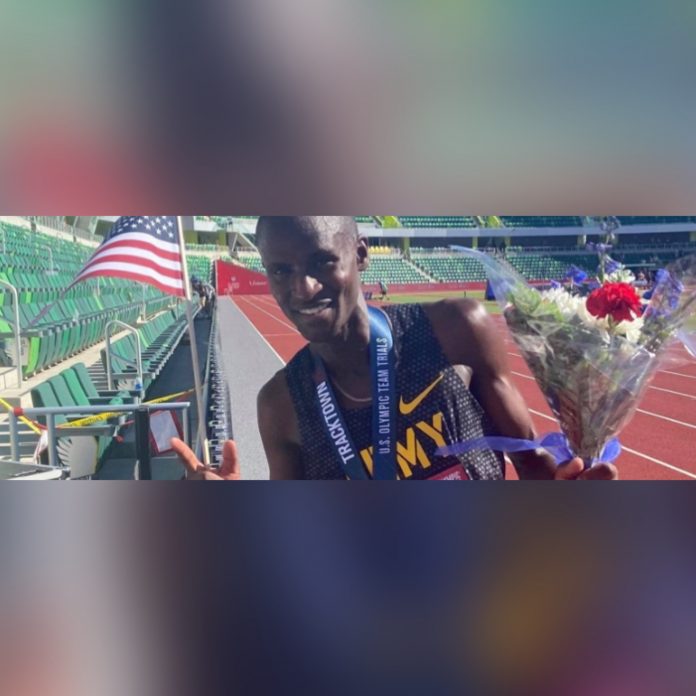 Spc. Benard Keter completed the men’s 3,000-meter steeplechase with a time of 8:21.81 at the U.S. Track and Field Olympic Trials June 25. Thus, he earned a spot to compete at the Summer Olympic games.

Keter is a Soldier-athlete in the U.S. Army World Class Athlete Program and qualified for his first Olympic games at the trials.

“This is a dream come true,” said Keter, the 2019 Army 10-miler runner-up. “Everyone dreams of going to the Olympics, but getting to go as a Soldier-athlete means everything to me.”

Keter started his running career to assist his family. He ran at Texas Tech University and after graduation he enrolled in the Army. He wanted  to represent the country while still being able to compete in the sport he enjoyed.