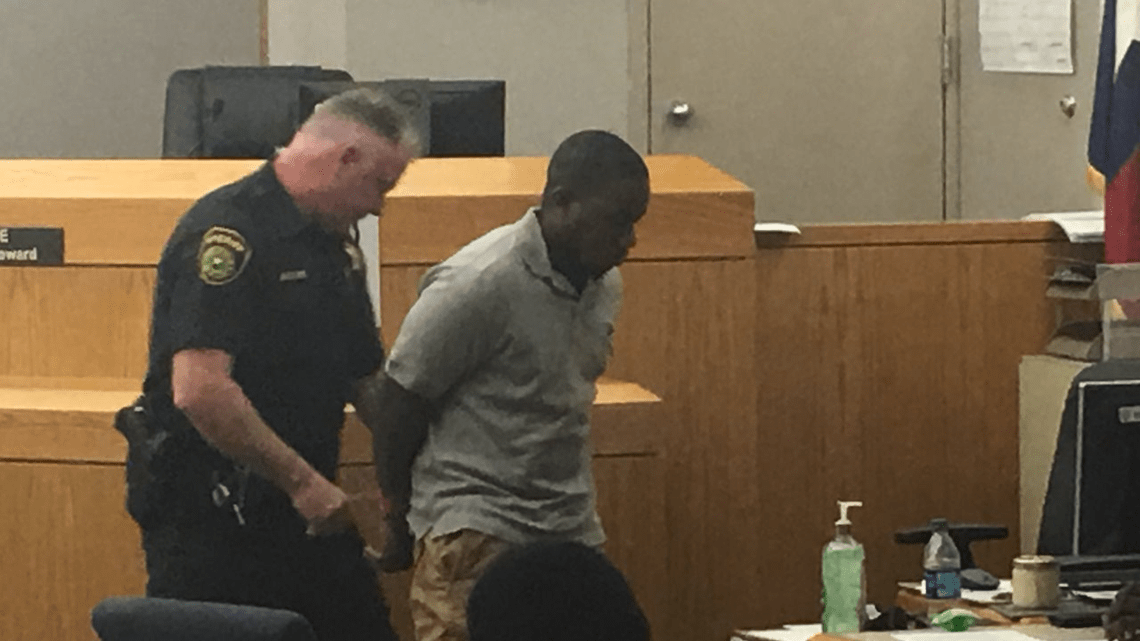 Adrian Breedlove is back in custody Monday after a judge detained the suspect for insufficient bond.
Breedlove was initially arrested and charged with involuntary manslaughter Saturday after striking Sr. Cool. Jamie Givens and killing him. The bond was set for $76,000 and he had to pay $7600 bond and was released Sunday morning.
Prosecutors are arguing to increase his bond to $100,00 and District judge Jeanine Howard is holding Breedlove in custody for insufficient bond and will make a ruling Tuesday morning whether she will increase his bond.