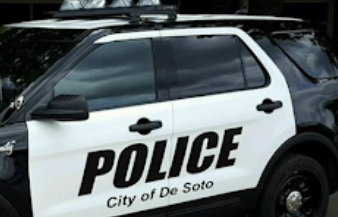 Two children are dead after an early morning house fire in Desoto Tuesday.
Firefighters were called to an early morning house fire on the 100 block of Wildwood Court.
When firefighters arrived the fire was well engaged and two children ages 1 and 2 were pulled from the home.
Both were transported to a nearby hospital where they were pronounced dead.
They were amongst the four adults and six children who lived in the home.
It is unclear at the time if anyone else was injured.
Investigators are working to determine the cause of the fire.
This investigation remains ongoing.