The three victims in the UVA school shooting have been identified and the 22 year old suspect is in custody.

Authorities arrested 22 year old Christopher Darnell Jones Jr. Monday morning. He faces three counts of second-degree murder and three counts of using a handgun in the commission of a felony. 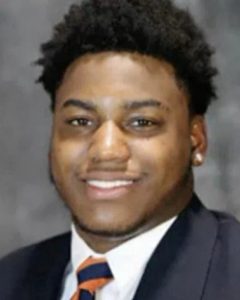 Jones was a current student and had played on the UVA football team in 2018.