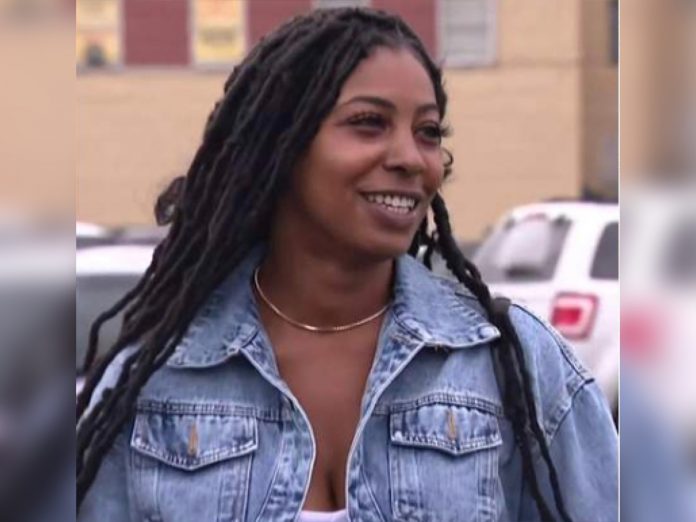 Bianca Chambers’s Mercedes-Benz was stolen, so she went into action.

She tracked her stolen vehicle for two days and followed it all across Detroit. Finally, she decided to confront the man who took it once he stopped to get his hair done at a barbershop.

She approached the man as he was getting his dreads twisted and asked him bluntly, “Is that your Benz?” When the man said no, she took him down. Others in the barbershop made a citizen’s arrested and subdued the man until police arrived.

Chambers then went outside and slashed all four of her tires to ensure that the man would not get away and take her car again.  The entire incident was captured on Facebook live as Bianca called the police.

“You’re just the dumbest criminal, that’s all. You’re just joyriding in my car like nobody is going to see,” Bianca said.