Deputies in Nash County, North Carolina made an arrest that resulted in the largest seizure of methamphetamine in history.

The Nash County Sheriff’s Office conducted a traffic stop on Tuesday of a vehicle with two occupants. The department’s K-9 was used, which sniffed the air and alerted officers of narcotics. 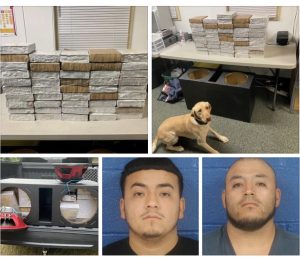 Alejandro Israel Sanchez-Amezcua, 34, and his brother, Kevin Alexis Sanchez, 19, were arrested and each given a $3 million secured bond.

At their first court appearance on Friday, the Judge raised their bonds to $25 million dollars each.

They are both still currently in the Nash County Detention Center.