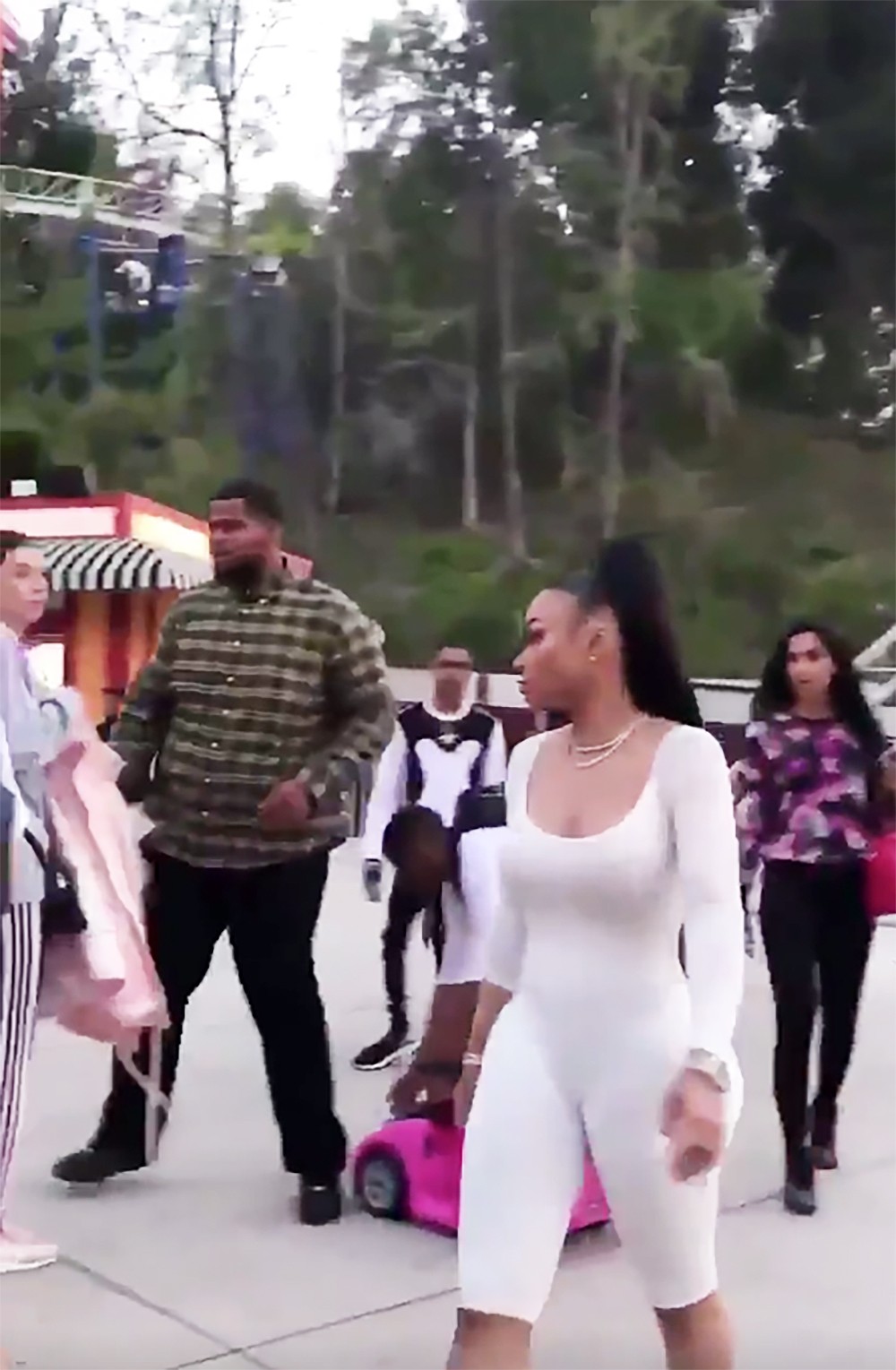 Rob Kardashian’s ex Blac Chyna was filmed getting into an altercation on Easter at Six Flags.
The reality star was out having a good time with her children Dream Kardashian,1 and King Cairo,5 and a few other people when the altercation occurred. Reports say a woman by the name of Alexis noticed Dream with the nanny and came over to speak. Well when she got close the reality star warned Alexis not to touch her baby but she did anyway patting the babies hand and calling Blac Chyna a “hood rat”.

Apparently Blac Chyna went into a rage and grabbed her daughter Dream’s pink stroller and began trying to swing it around. Security intervened quickly to diffuse the situation but an angry Blac Chyna tried to charge at the girl again.
Alexis was escorted out of the park and she denied ever calling Blac Chyna a hoodrat. She says the altercation really started when Chyna’s boyfriend YBN Almighty Jay punched her and her sister several times.
Neither of Blac Chyna’s children were around during the altercation. The nanny already had removed them from the situation.