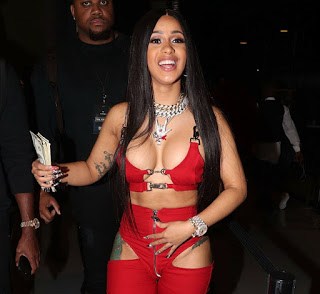 Although she is said to be 7 months pregnant that hasn’t stopped this little lady from working. Cardi is said to still be performing at the Coachella in April.
She also showed up for the IheartRadio Music Awards in a very covering dress.

Cardi has said if she is pregnant that she plans to work through her whole pregnancy. She is still scheduled to go on tour with Bruno Mars in September which will be exactly 2 months after she delivers.