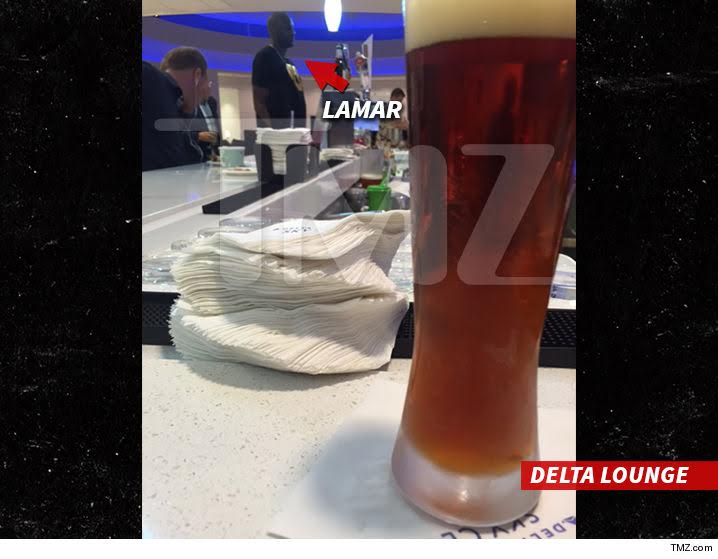 We’ve learned from TMZ that Lamar Odom was removed from a Delta flight Monday. Lamar went to the Delta lounge at LAX before boarding a red-eye for NYC, and according to eyewitnesses was downing beers and whisky. When he finally got on the flight he was wasted according to passengers.

Two passengers in first class told TMZ, Lamar went to 4B and sat down, but as the plane was about to pull back he bolted for the front, threw up in the galley and then walked in the bathroom and with the door open threw up again. When he came out of the bathroom, it was said he had vomit on his clothes.

Ten minutes later, Lamar suddenly reappeared and walked down the aisle — with vomit still on his sweatpants — and took his seat again. Minutes later, we’re told Lamar got up and went back to the bathroom, using the heads of people in their seats to steady his balance.

One of the passengers told the flight attendant, “Don’t you know his history? I don’t want a dead body at 30,000 feet.” Lamar was again removed from the plane and the flight took off, arriving to NYC 40 minutes late.