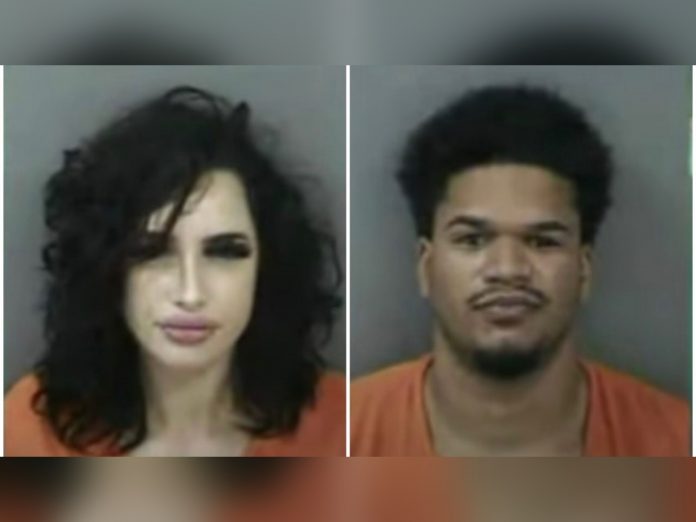 On Thursday, Yordan Noa and Summer Watkins, both 24, were pulled over by police in Collier County, Florida. Authorities say that Noa was operating a motor vehicle with an expired registration. Additionally, he had a suspended license.

The couple was placed in the back of a police car and was going to be taken to a gas station in order to find a way home.

However, before that could happen, the man stated to the woman, “Baby, we should record an OnlyFans video back here.” The woman allegedly asked the trooper, J.D. Perez-Morales, if she could carry out a sexual act. He warned her and told her, “No.”

The trooper exited the car for one minute,  and when he returned, he busted them for having oral sex. Noa was observed recording Watkins with his cell phone, as well, officials say.

Authorities noted that they later found marijuana and codeine when they looked into Noa’s car.

The two have been released on bond and will return to court next month.