A Fedex driver was arrested after allegedly stealing $96,000 worth of Foot Locker merchandise that he was supposed to deliver to a store in Eastpointe, Michigan.

On October 3, around 4:30 p.m., Police received a report from a Foot Locker loss prevention agent and a FedEx security specialist about a possible embezzlement case. They stated that 40-year-old Morris Jones had been bringing merchandise from Foot Locker to his home instead of delivering it to the store. 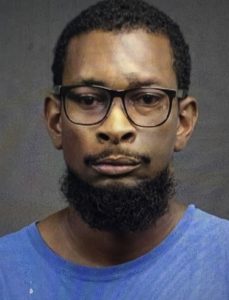 According to authorities, detectives searched Jones’s home on Courtland Avenue. They found $96,000 worth of merchandise that belonged to Foot Locker.

Jones was arrested and charged with embezzlement and receiving and concealing stolen property. He was issued a personal bond of 25,000 and must wear a GPS tether, if released.

A warrant was also issued for a woman who is believed to be an accomplice.

This is an ongoing investigation.